I am following Nature without being able to grasp her, I perhaps owe having become a painter to flowers.-Claude Monet

Looking back at photos we’ve taken during our past month in France, I am reminded how lucky we are to get to travel abroad and see so many new and wonderful sights. Monet contributed his becoming a painter to flowers and I know the opportunity to travel and chronicle our experiences is helping me become a better writer.

As I reviewed our photos, I realized I haven’t yet written about Monet’s Garden and our trip to Giverny. I know, I know, I’m slacking.

We booked our excursion with Fat Tire Bike Tours and the full-day trip included the train tickets from Paris to Vernon, bikes to get us around the village and to Giverny and entrance to Monet’s Gardens.

The hour-long train ride from Paris took us through the beautiful wheat and sunflower fields of Normandy and to the station in Vernon. We strolled through the village to an open-air market and were set loose to pick out food for a picnic along the Seine river. If it sounds dreamy and romantic so far–it was!

This was the first opportunity Matt and I had to shop at a French market since making the move overseas and, like two little kids in a candy store, we may have gone a bit overboard picking out cheese, meat, bread and cider made in Normandy (this is one pocket in France where very few wines are produced, but the cider from there is delicious).

After the market, we picked up our bikes and began a casual ride through the village of Vernon. Along the way we stopped at Notre-Dame, a church that was started in the 11th century but was not completed until the 17th century. Though it suffered some damage during WWII (including damage to many of the stained glass windows), the church remained standing and is a beauty to visit today. 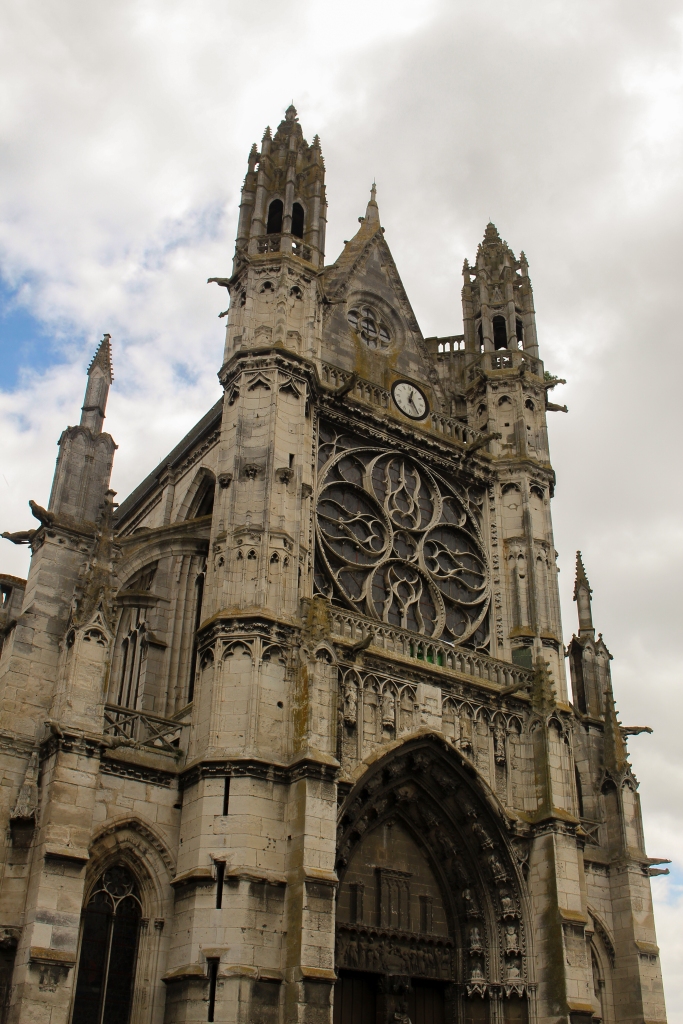 Here are a couple of shots from the inside. The style of the church is mostly gothic, but the alter was done in Romanesque fashion. 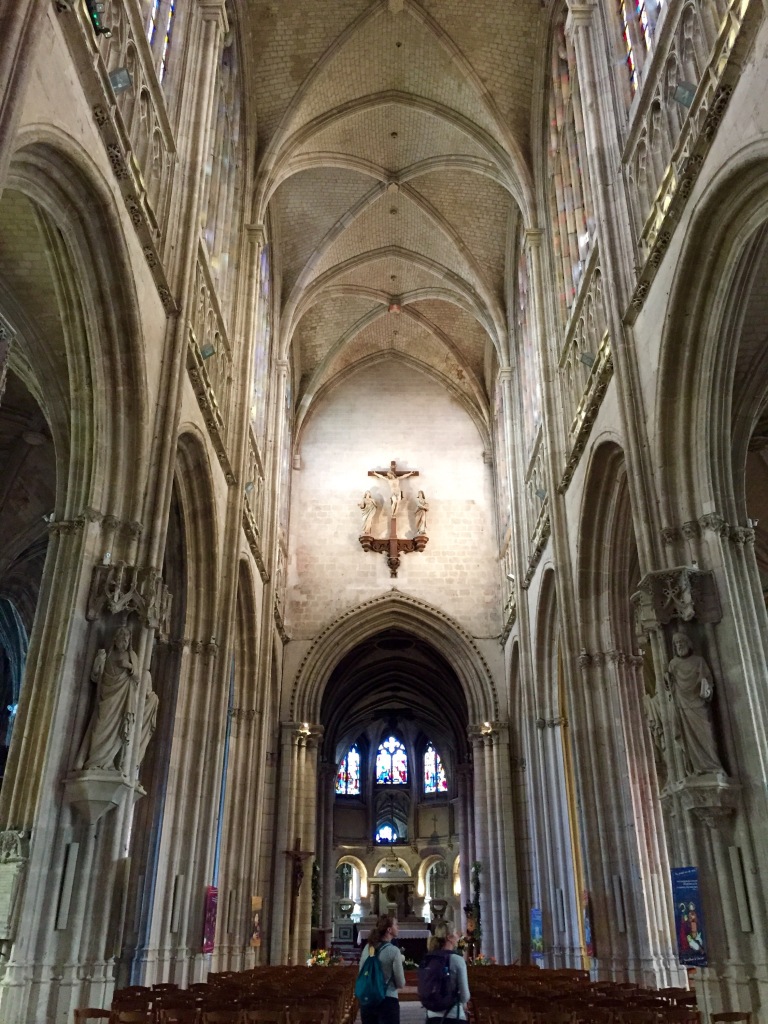 This is one of the beautiful stained glass windows in the church. Many were replaced in the 1970’s due to damage done during the war. 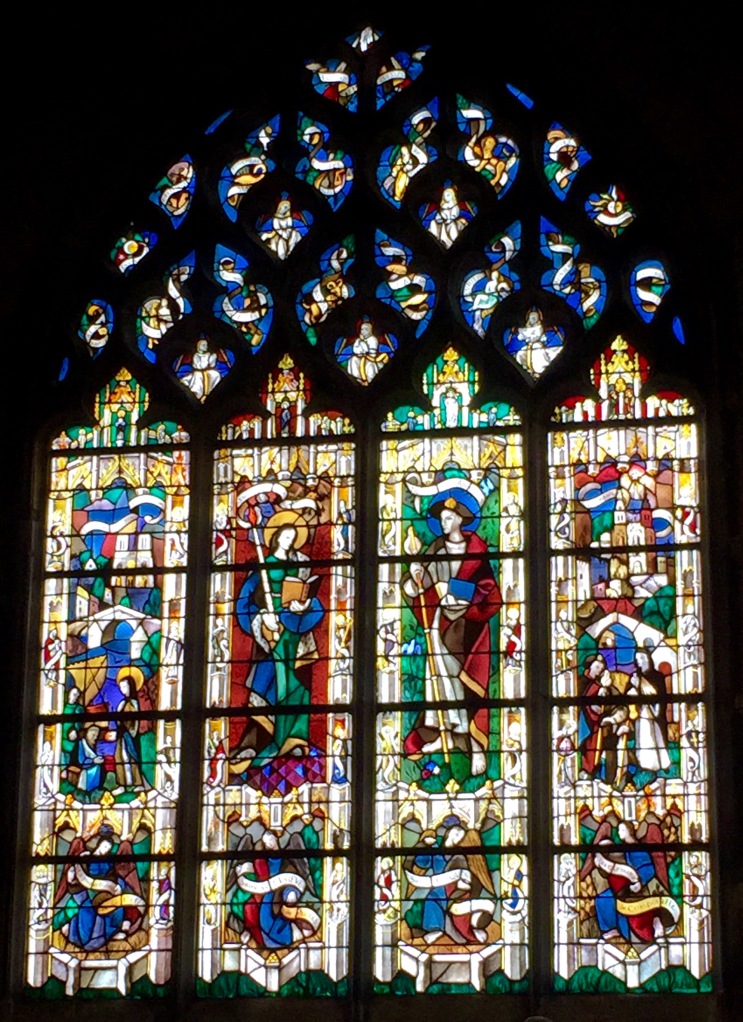 The organs date back to the beginning of the 17th century. 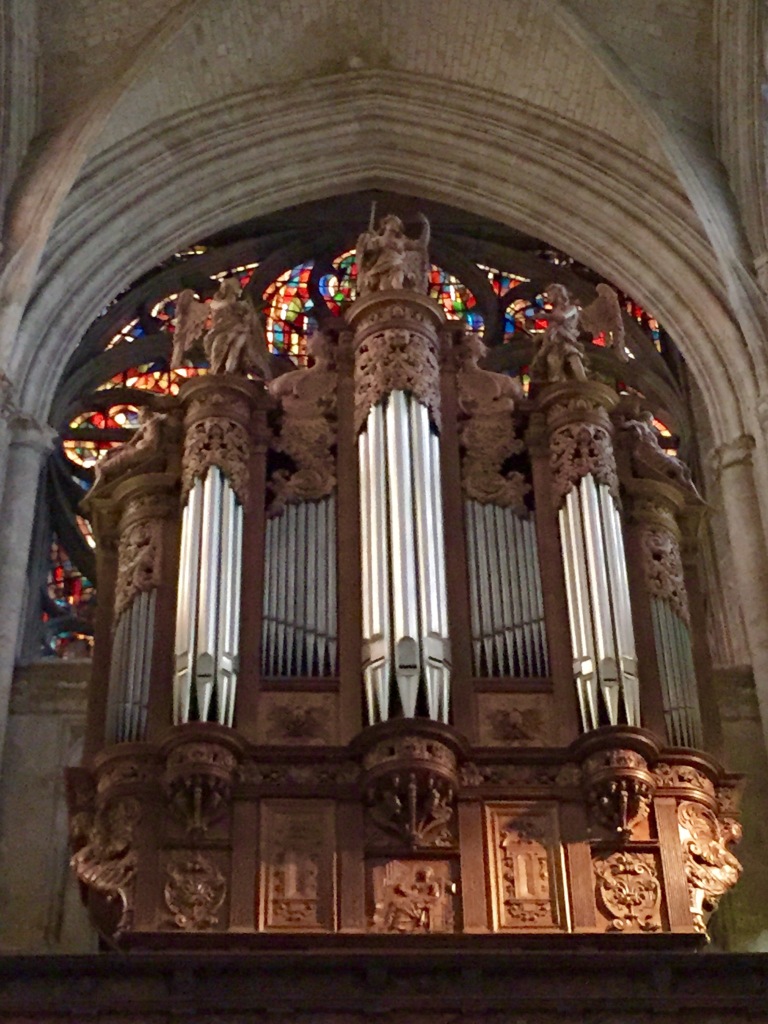 This is just a random building that was across the street from the church, but I loved the brick wall. 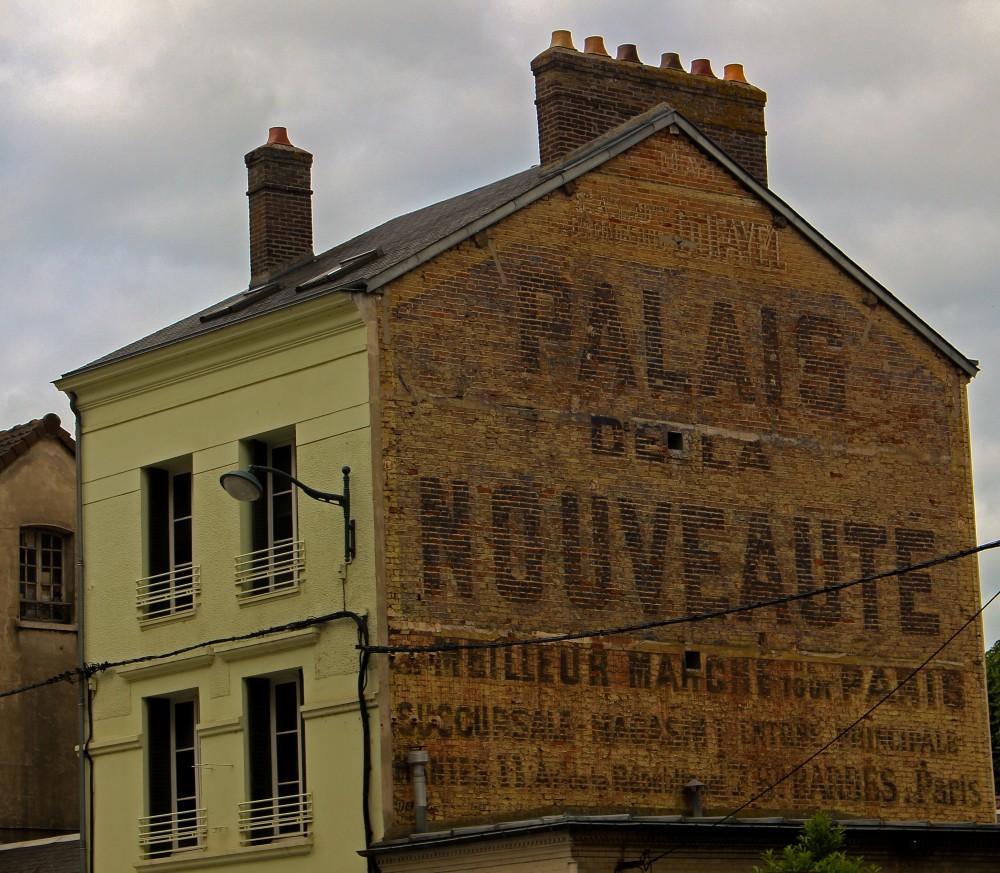 The gorgeous half-timber buildings in this part of town practically transported me to the 15th century when many of them were constructed. It’s awe-inspiring to be surrounded by buildings so old, yet so well-preserved.

At about this point we were starting to get hungry and thirsty. Thankfully we stopped for our picnic. I was transporting all of our food in a basket on my bike and it must have added at least ten pounds to my ride, so I knew I earned the bread, cheese and cider we were about to consume.

Remember how I said Matt and I were like kids in a candy shop at the market? Yeah, well this was our spread. I’m sure the other people in our group were impressed.

I know these guys were.

Cue the sappy music and you can probably imagine how romantic it was to be eating on the Seine by a beautiful old mill with just us and twenty of our closest tourists. All joking aside, it really was lovely.

We also got to check out a potential summer property. The Tourelles castle was built in 1196 by Philippe Augustus as a way to defend the town of Vernon and the Duchy of Normandy. Unfortunately you can only visit the outside, so we had to pass. We don’t know what kinds of renovations would be waiting for us inside.

After lunch, we packed up our bikes and took about a 20-minute ride along an old railroad that has been turned into a cycling and walking path up to Giverny. Riding bikes in Paris was fun, but this felt like something right out of a movie! We passed beautiful houses and gardens and could look out at the beautiful expanse of French countryside as we road.

As the story goes, the famous impressionist painter, Claude Monet noticed the village of Giverny from the window of a train and he made up his mind to move there. He lived in Giverny from 1833 until his death 43-years later. Here’s a timeline of his fascinating life from the Givernet organization.

Monet kept meticulous records of his gardens and that, in combination with testimony from neighbors and people who worked for Monet, made it possible for the gardens to be impeccably recreated.

Though it was a busy day at the gardens, we were able to stroll through them peacefully and admire the stunning colors and foliage. I’ll take a quick break here and let you meander through the pictures we took–starting with the beautiful and famous water garden (yup, that’s where the water lilies are!). 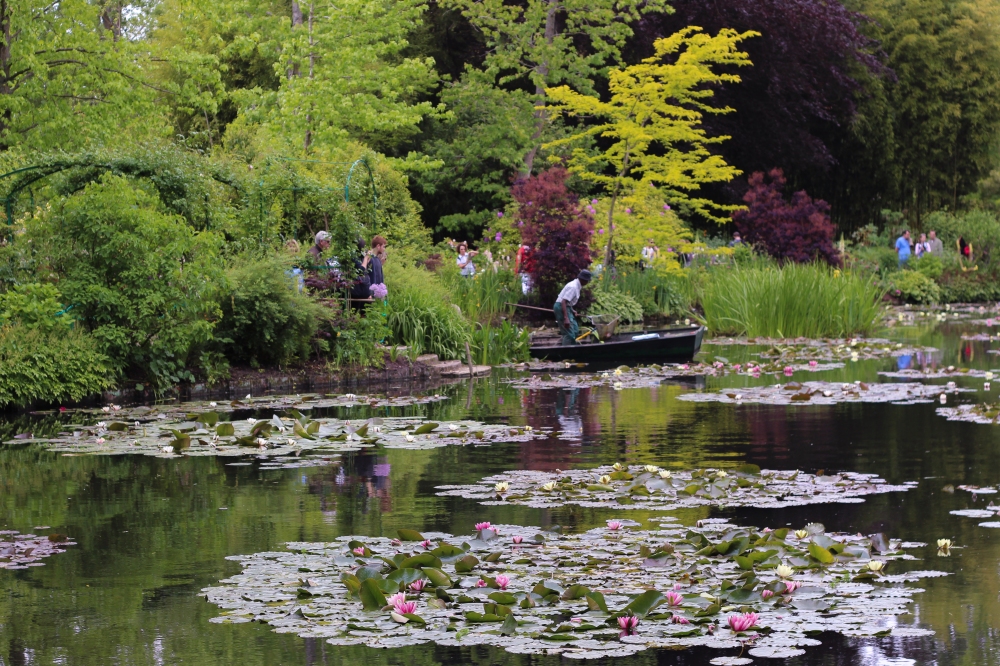 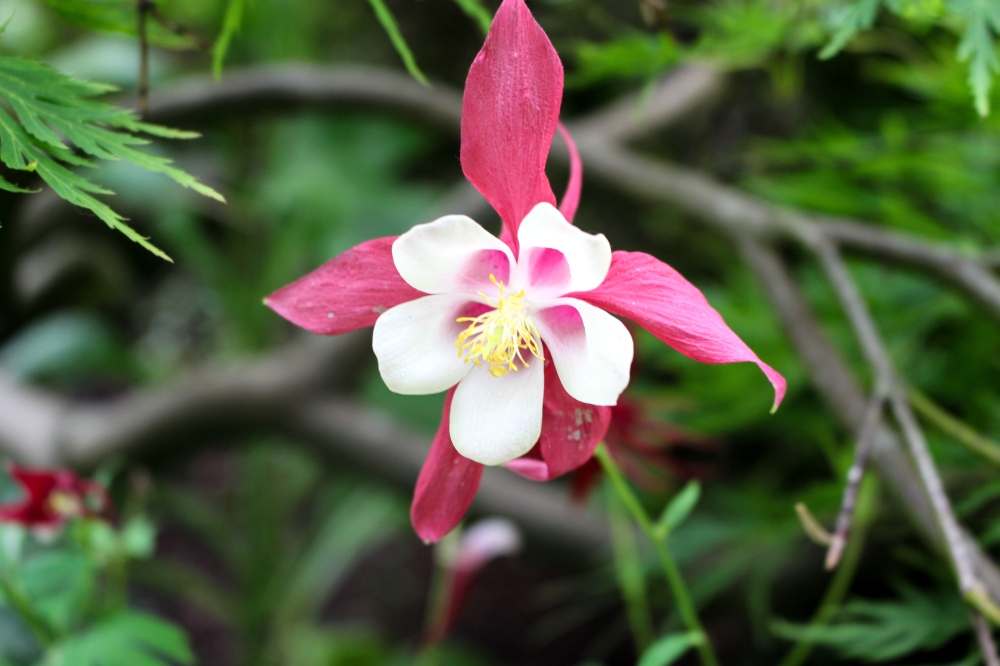 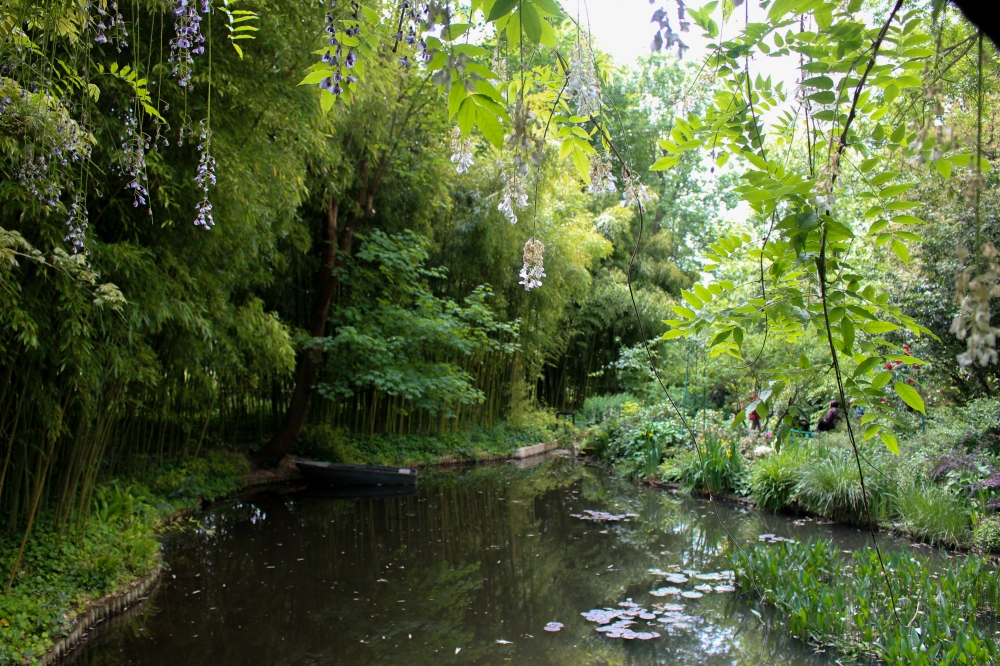 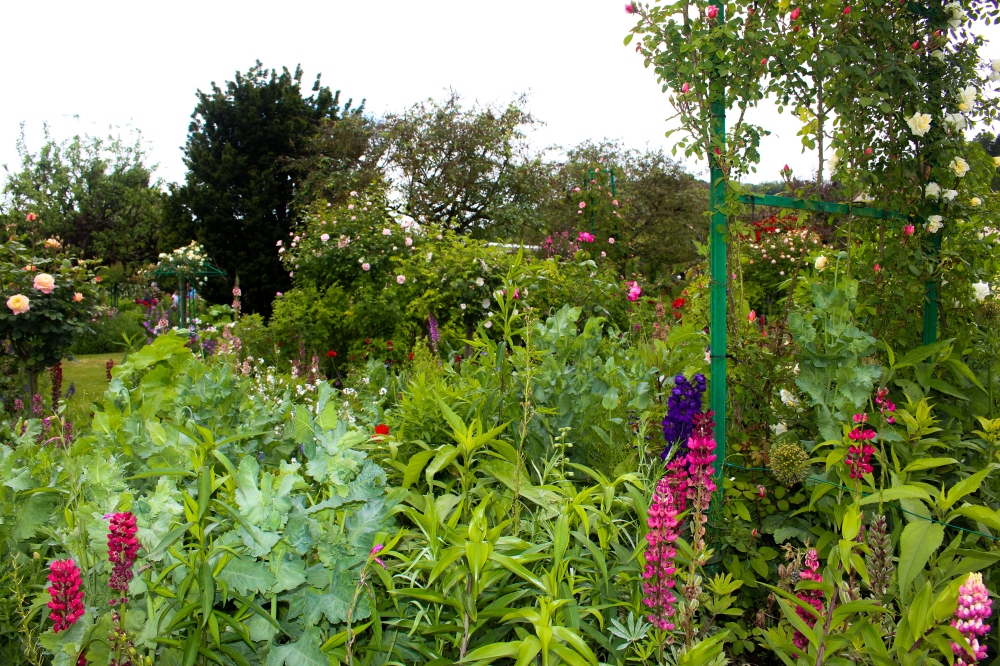 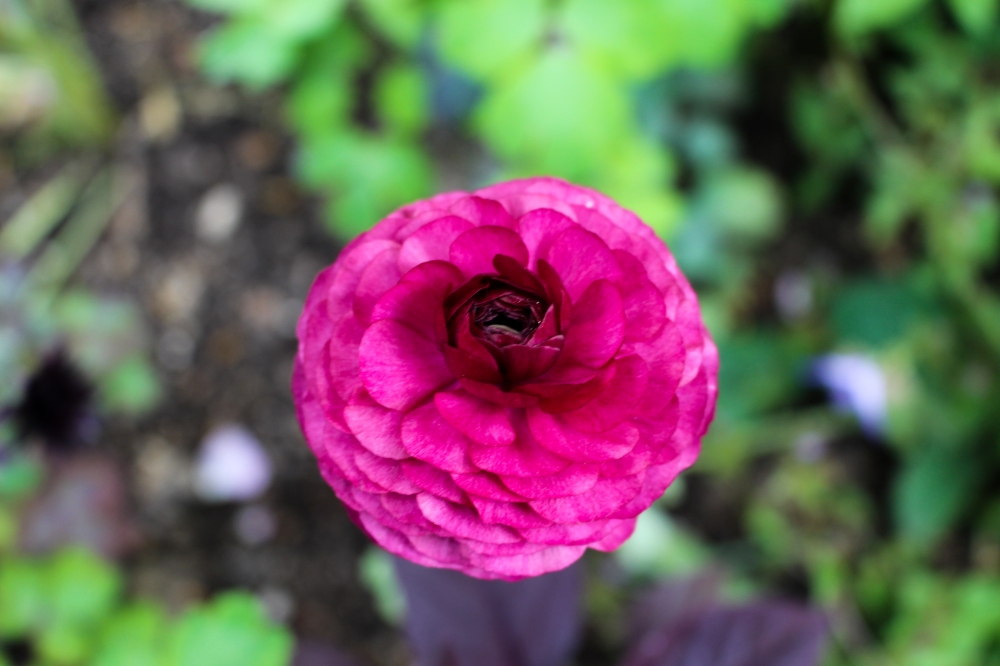 After strolling through the garden, we took a tour of Monet’s house which has also been amazingly restored. According to our guide, it was a miracle that the house wasn’t destroyed during the bombings during WWII. In addition to many priceless Monet paintings, it housed famous paintings from other artists he admired, including Renoir and Mary Cassatt.  The paintings on the walls today are reproductions. 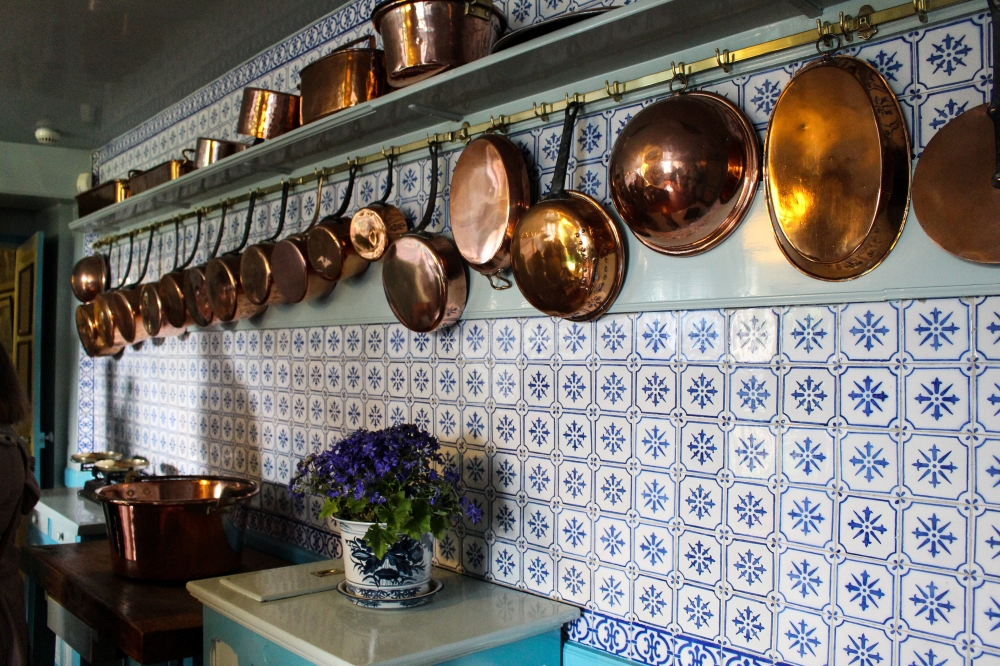 We had a bit of time before we needed to meet back up with our group after finishing our tour of the gardens, so we stopped for a drink at the former Hotel Baudy (now a restaurant and museum) where many of the impressionist painters used to hang out together. As I sipped chilled white wine, I imagined imbibing the creative spirit of greats like Cezanne, Rodin and, of course, Monet. After a couple of glasses, I was definitely feeling some kind of spirit. 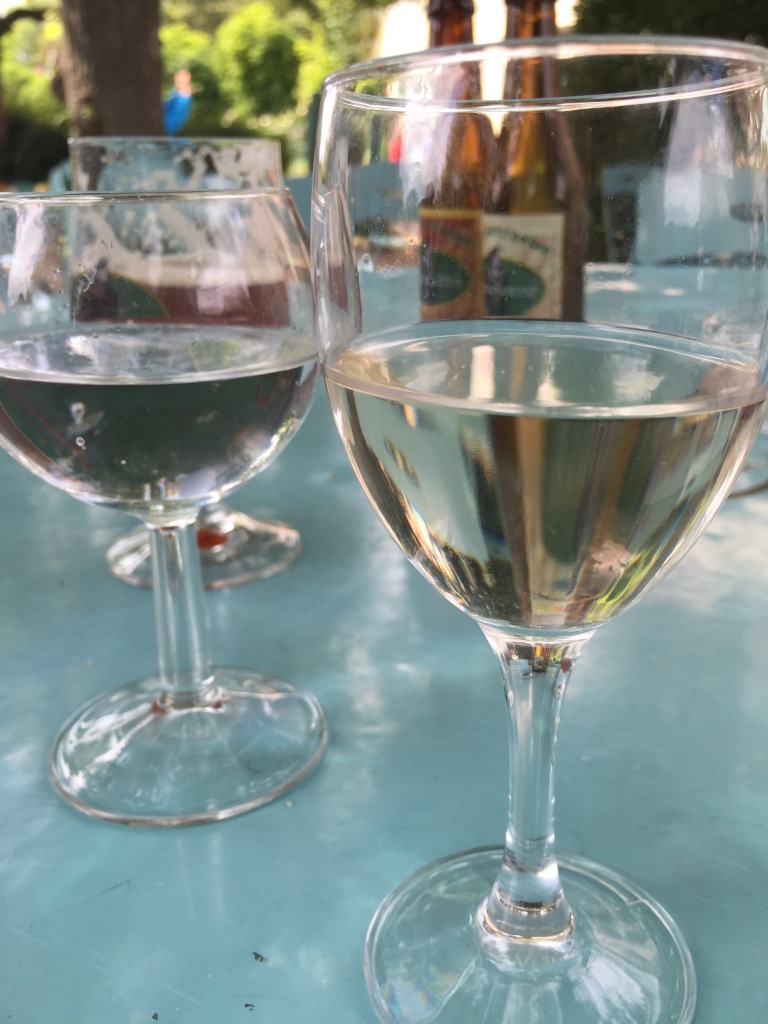 Our last stop before heading back to Paris was for spirits of a different kind. We were able to visit and pay our respects to a great painter and man who had a big impact on the art world. 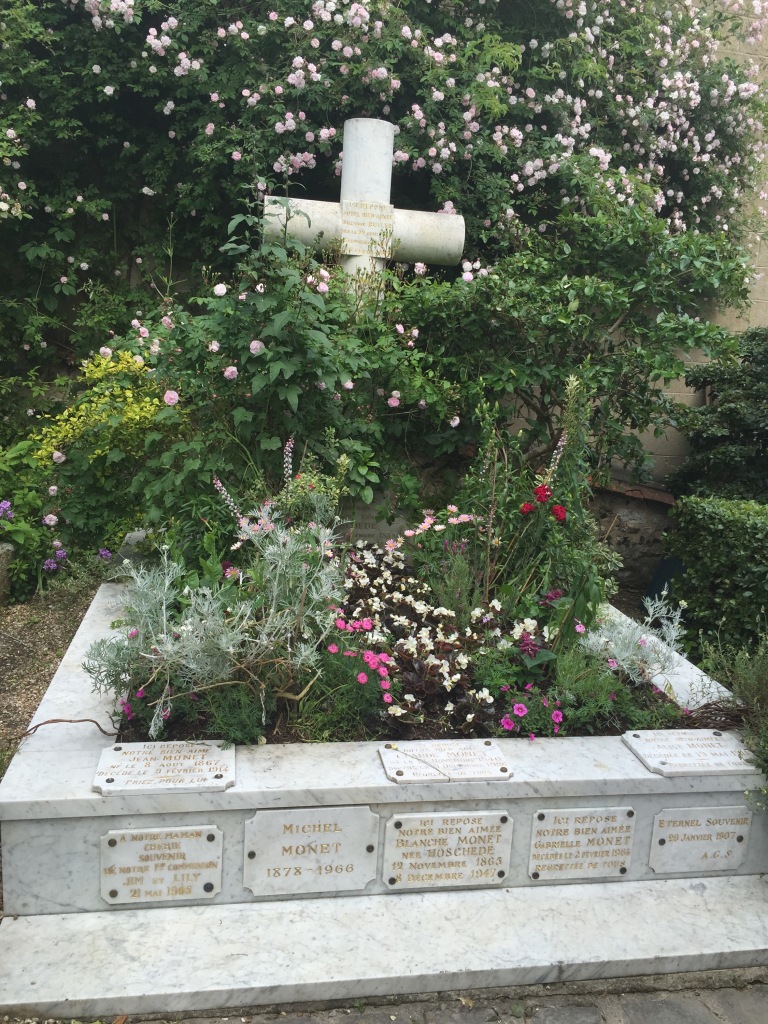 Giverny and Monet’s Gardens were absolutely beautiful and, if you get the chance to visit, I highly recommend taking a bike tour and allowing yourself to get swept up in the beauty and magic of the town and countryside–just as Monet did.