Day two in Hamburg dawned on just as rainy and cold as the first. We woke up early and Matt set off for another day of work. I, meanwhile, didn’t have a real plan, so decided just to wander until I found something interesting to do.

My first stop was at the channel near the Rathausmarkt. Concrete stairs led directly down to the water’s edge. I took them down to get a closer look at the ducks and swans swimming in the channel—they, in turn, swam closer to observe me. I guess they quickly realized I didn’t have any treats for them, for they slowly began swimming away just as they’d arrived. It’s amazing what beautiful creatures swans are.

After watching the birds for a while, I made my way down Mönckebergstraße towards Hauptkirche St. Petri (St. Peter’s Church). This church dates back to 1195, though much of it was destroyed by a big fire in 1842. A new church was built to replace it in 1849 (according to the background sheet I picked up there). The Lutheran church was much more simple than the Catholic churches we’ve been visiting in France and Spain, but beautiful just the same.

Visitors can climb 544 steps to the highest point of the tower and get great views of the city. I was tempted to do so until a class of what looked like kindergarteners walked in ahead of me. I love kids, but didn’t want to spend the next 544 steps in the shadows of five-year-olds.

After leaving the church, I continued my walk down Mönckebergstraße, window shopping along the way—well at least until I found an Yves Rocher. I couldn’t not go in there—I mean they had everything 50% off!

I eventually came across a park with a cute little art market set up. A carver in the middle was working with his chainsaw to create beautiful wooden sculptures. Other stands held hand-crafted jewelry, paintings, silks and spices. There were a couple of food stands selling Gluhwein (hot, spiced wine) and Schmalzkuchen (little donut holes sprinkled with powdered sugar).

From the fair, I kept meandering in the same direction I’d been going and eventually found myself across from the Hauptbahnhof (central train station). The bus tour I’d taken the previous day drove past this location and the guide recommended going in. Looking for a chance to escape the rain for a bit, I decided to take his advice.

The station was indeed impressive. Large arched ceilings towered over halls of food and tourists shops. The place was packed with travelers going to and from Hamburg. I took a few turns until I found myself overlooking the train tracks.

Eventually I wandered out of the other side of the station and found myself across from the Museum für Kunst und Gewerbe (a museum of fine, applied and decorative arts). Having a few hours to kill and not wanting to wander in the rain much more, I decided to go there—but not before stopping off for a bite to eat. 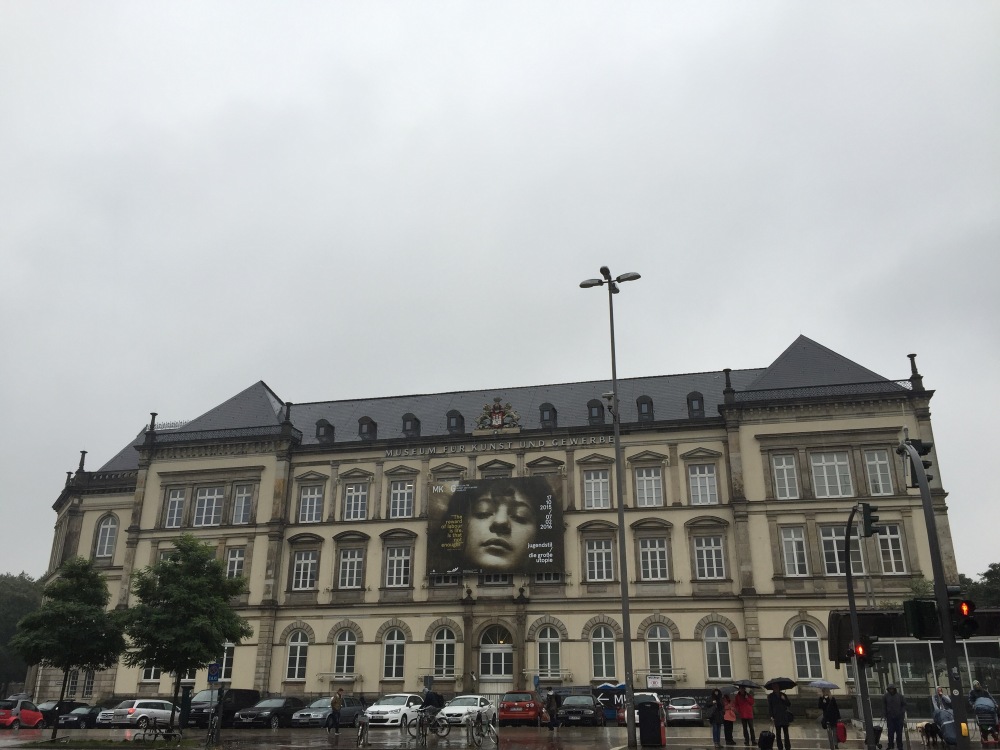 I stopped at Restaurant Nagle, a cute little pub that served some of the best hot chocolate I’ve ever had. 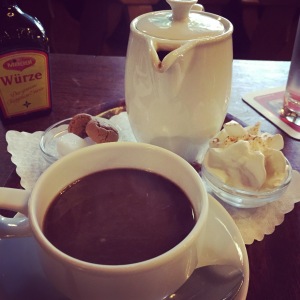 Oh, and then there was the pea soup with sausage. I looked around and pretty much every table had someone eating this soup. Yum!

After a leisurely lunch, I headed over to the museum. It turned out to be very impressive. The ground floor housed ancient sculptures, jewelry and other pieces from ancient Egypt and other ancient cultures. 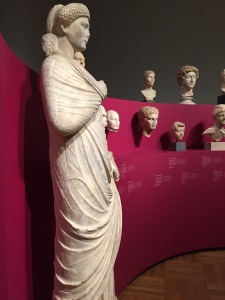 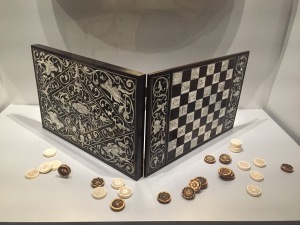 It also featured a room of just old musical instruments, as well as halls dedicated to Christianity and Judaism.

The next floor had East Asian art and a Japanese Teahouse, as well as a hallway with old posters (including some done by Toulouse Lautrec!).

The top floor featured a series on fast and slow fashion that was incredibly eye-opening. It told a story about all the places a piece of clothing must go before it ends up on the store shelves. There was even a video of a woman in India who was part of a group that recycle clothes that have been essentially thrown away in the U.S. and Europe. She marveled at the clothes that came in and how many seem to be worn very little (these clothes are often the rejects from places like Goodwill). The exhibit was very well done and very thought-provoking.

It took me nearly three hours to go through the museum so, by the time I was done, I decided to walk back to the hotel and wait for Matt’s return. Later that evening we found ourselves in yet another brew house, enjoying more good German food and beer. 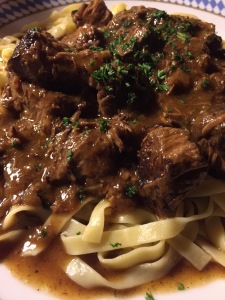 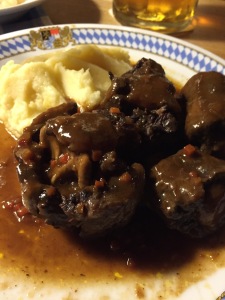