Is there anything better than spending a Saturday eating chocolate and marveling at a miniature universe? We didn’t think so—and apparently many visitors to Hamburg don’t think so either.

Miniatur Wunderland and Chocoversum are two of the highest rated tourist attractions in Hamburg on TripAdvisor (numbers 1 and 27 respectively). Since it was yet another drizzly and cold day, we decided they were perfect activities.

We started by heading to the Hamburg Tourism office at the Hauptbahnhof and there we purchased a Hamburg Card. The one-day ticket is an “all you can ride” buffet for the train, bus and ferry—basically allowing you to go anywhere in the city you want under one card. It also offers discounts at museums—like the ones mentioned above.

We took the train to the Meßberg stop and fortunately found Chocoversum pretty easily. What is Chocoversum, you might ask? Well, it’s a chocolate lover’s dream come true. It’s a museum dedicated to the creation of chocolate. 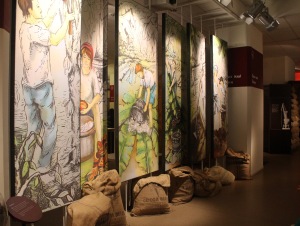 Guides take you step by step through the growing, roasting and making of chocolate—and you get to taste the chocolate each step of the way (starting with the bitter bean and finishing up with a candy bar). 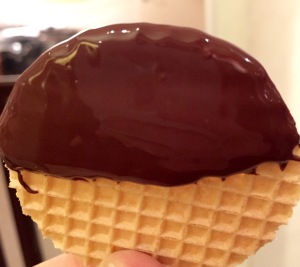 Did I mention you also get to decorate and take home your own chocolate bar?

The museum does most of its tours in German, but there is a tour on Saturdays around noon in English (check this link for times/dates before you go). We took the tour in German so I could practice. We also had a little guide book in English to help us follow along. If you can’t understand German, I’d recommend making sure you get on the English tour.

Our guide was great! She was funny and sweet and took the time to check with Matt and me to see if we had any questions in English after her explanations in German. As a group we were tasked with naming our chocolate—and everyone decided to call it Georgia Rain (Georgia for Matt and me—I think they took pity on us the only non-German speakers—and rain for the day in it). 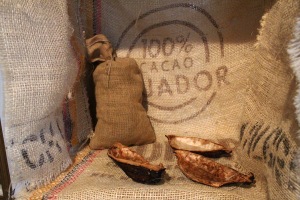 After the tour, we took our time walking through the gift shop and picking out some sweet treats to take home. They have everything from truffles and hot chocolate to beer and chocolate scrubs. Absolute heaven!

It was getting late and we had more on our agenda, so we made our way to Miniatur Wunderland (the world’s largest model railway exhibition according to the website), walking this time in hopes of seeing some place we could have a proper bite. Our lunch at this point was a belly full of chocolate. Not that I’m complaining.

Miniatur Wunderland is in the warehouse district right next door to the Hamburg Dungeon. Luckily there was a little restaurant right across the street where we ordered a Flammkuchen (kind of a flatbread pizza–I would have taken a picture, but it was already in my stomach by the time I thought of it). It merely whetted our appetite at that point, but we wanted to have enough time in Miniatur Wunderland, so we sucked it up and went across the street to get tickets.

We had a bit of a wait when we got in there, so we got some fries in the waiting room/café (fortunately they were full-sized and not Miniatur).

Miniatur Wunderland is a world of model trains, replications of real life cities and a marvelous depiction of what the imagination can do when unleashed. Currently there are eight theme worlds spread between two floors representing Switzerland, Bavaria, Knuffingen (and the Knuffingen Airport), Central Germany, Hamburg, Scandinavia and America. Several more (including Italy) are under construction. 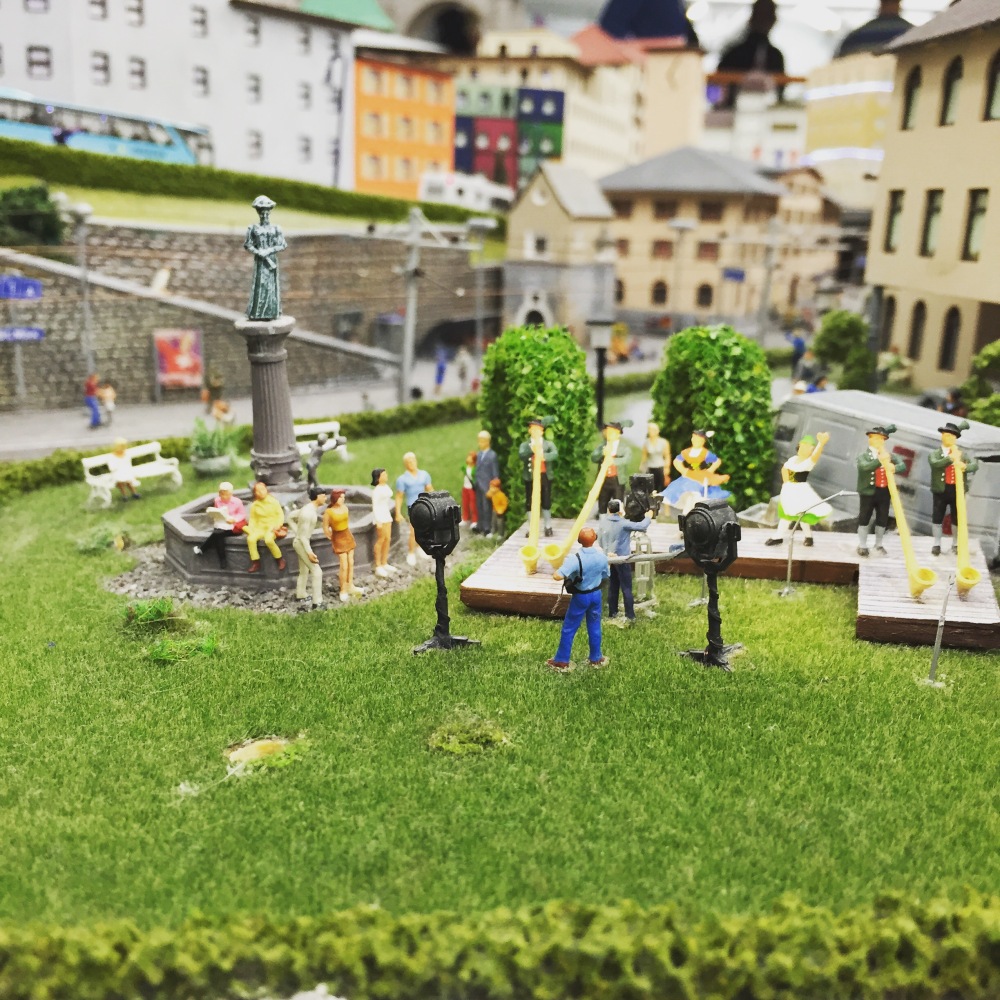 Some 215,000 figurines are staged throughout the model layout, each helping bring the worlds to life. 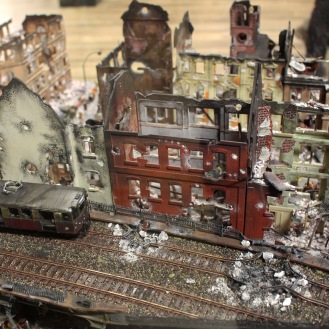 Berlin throughout the ages, including during and after WWII. 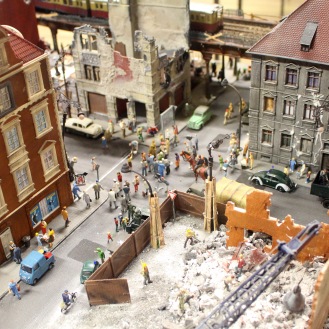 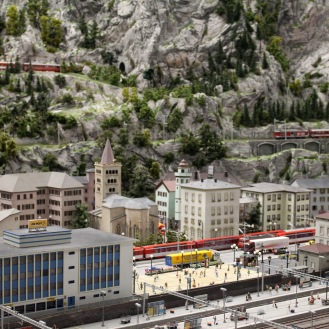 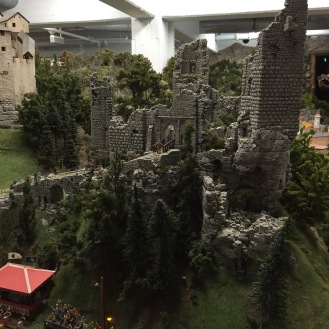 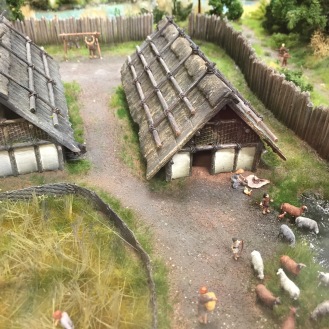 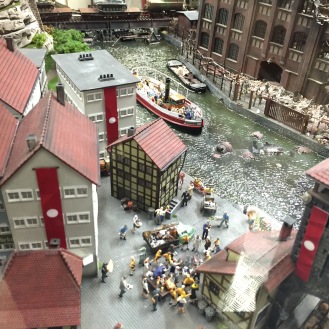 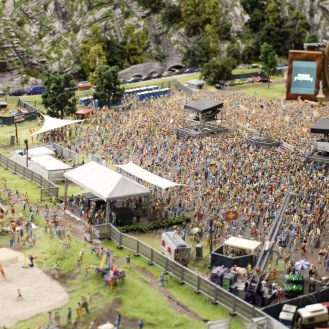 A massive concert in miniature scale. 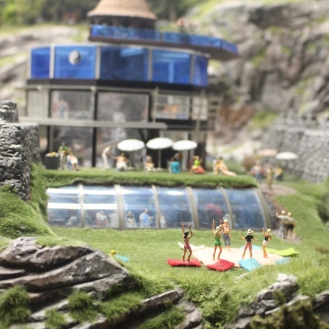 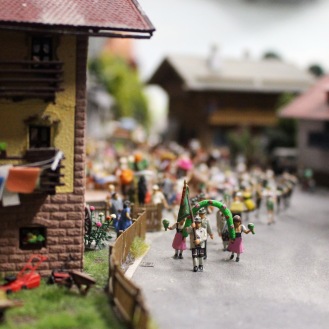 Unfortunately this is the closest we got to Oktoberfest this year. 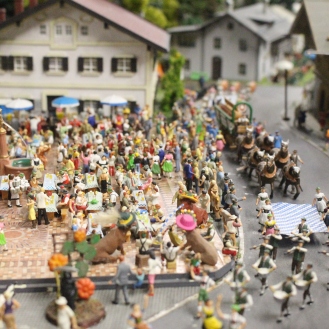 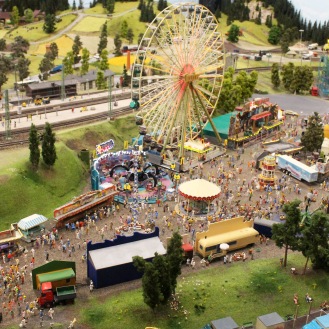 Who doesn’t love a fair? 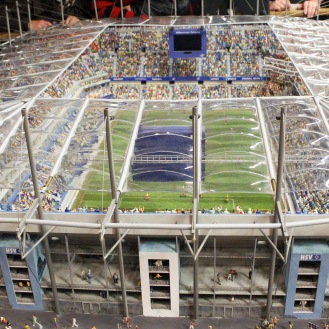 If you look closely, you might see the winning goal! 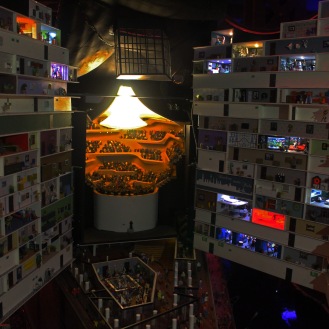 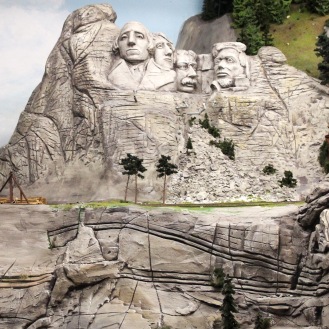 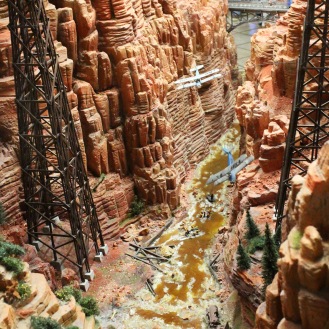 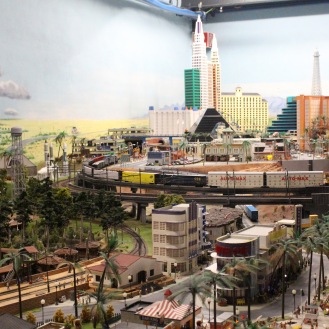 Miami and Vegas have never been so close. 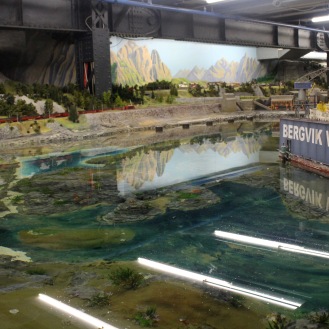 In addition to trains making their way through the worlds, many other elements are animated as well, including concerts, boats and even a working airport.

It was easy getting lost in the amazing exhibit for several hours.

Wandering around a miniature world is hard work and we were really hungry when we left, so we stopped at yet another brew house. I, once again, got sausages. Matt, however, ordered our server’s suggestion (neither of us understanding what she said). It was an entire pork shoulder roasted in its own casing. 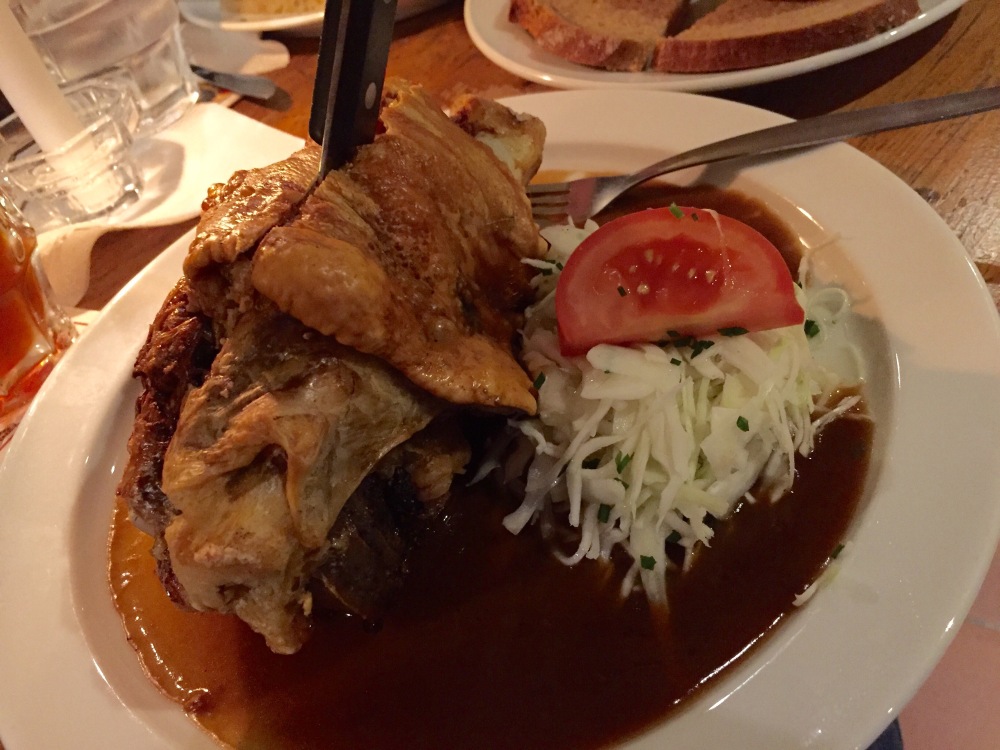 We made our way home shortly after dinner to prepare for our big day ahead: Berlin! Adventures from there coming soon!