Happy Halloween! For the third year in a row, we are celebrating Halloween in a foreign country. As far as we’ve seen, no one does Halloween like the U.S. (though I have heard Japan is hot on our heels). I mean they don’t even do pumpkin spice lattes here! Gasp!

Our building hosted a Halloween party on Sunday, so we had an excuse to dress up and Baby Girl even got to go trick or treating for the first time. They even provided a couple of pumpkins for us to carve.

One of the organizers got my mouth watering and imagination running when she promised they would be serving traditional Halloween foods–I could only imagine what that might be in China. Turns out that meant hot dogs, wings, chips and chicken nuggets. Ah well. At least Matt got us in the spirit by bringing home a scary, little treat earlier in the week (in fairness, his colleagues insisted I would be mad if he didn’t bring me home at least two rabbit heads…yeah, about that…). 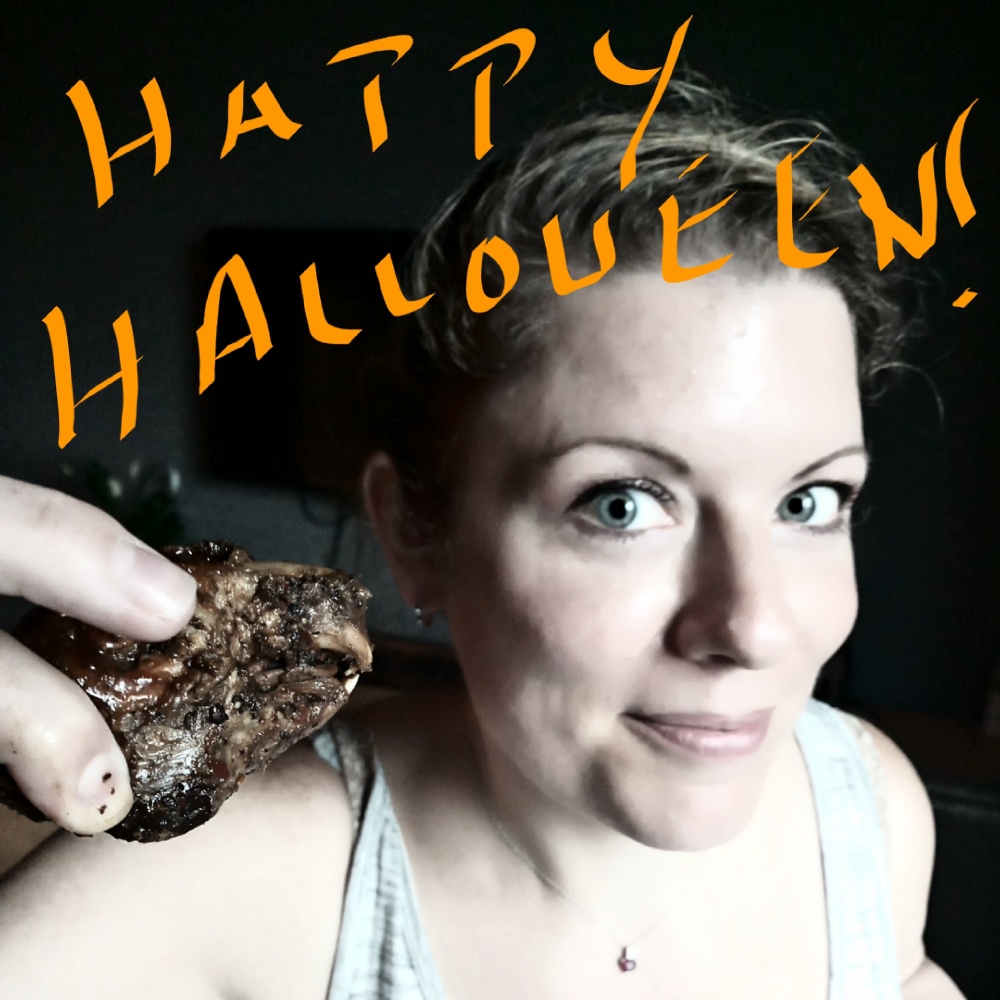 I was actually kind of surprised we saw as much Halloween stuff in the stores as we did. Sure, it doesn’t compare to the two-or-three-month-long commercial feast of decorations, treats and costumes you find in the U.S., but the grocery stores all had little Halloween sections and there were a couple of pop-up Halloween kiosks in the malls. 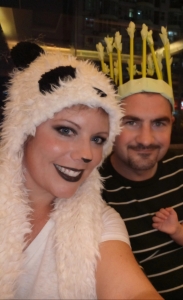 We had a laugh this morning when the manager of our building (who is from Australia) saw Baby Girl dressed in a little Halloween outfit and asked if we were still celebrating the holiday. We grinned and told him today was actually Halloween. He laughed too and said, “oh yeah, that’s right.” They definitely don’t do Halloween the same over here.

To all of you reading, however you celebrate Halloween wherever you may live, have a happy and safe day!