Christmas this year came in between two long stretches of rain. While many friends and family back home were bundled up for a white Christmas, we were breaking out the umbrellas and boots. We didn’t let that dampen our spirits, though.

This was the fourth year we’ve spent the holiday outside of the United States. Each country has been different, but France still tops the list as our favorite place to celebrate Christmas. Still, the Philippines had its own, unique charm.

When we were preparing to move to the Philippines, we researched what to expect during the holidays. What we saw got me very excited; according to many of the blogs we read, Christmas decorations and festivities kicked off at the beginning of November. Two whole months of lights, decorations and holiday music—sign me up!

Now, maybe it’s just where we are living in Makati (and the fact that we are STILL in a hotel—don’t even get me started on that), but I honestly wasn’t blown away by Christmas here. Sure, the malls started decorating early—but they do that in the U.S. and the decorations were typically commercial. A few lights went up here and there and Christmas music replaced pop tunes in the stores, but there was nothing like the incredible Christmas markets in Europe.

That said, there was nothing wrong with how Christmas was celebrated here—my expectations were just a bit out of line with reality. There were some really cool traditions that are special to the Philippines and that made Christmas here special in its own way. 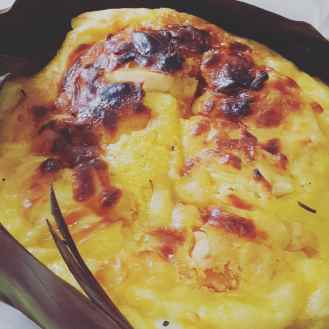 Paroles decorated churches, malls and yards. These colorful stars are so festive and fit perfectly into the tropical landscape.

And the Christmas lights that decorated the roads included models of churches here in the Philippines.

Christmas shopping—though just as crazy here in the U.S.—had its own unique twist in that the mall hours change. Most malls started opening an hour later in the morning and staying open an hour later in the evening. This threw us for a loop because we were used to cutting through the mall on the way back from the playground in the morning just to cool down a bit and now we didn’t have that option.

All in all, we had a nice Christmas. Santa was good to Baby Girl and Baby Boy (who loved his first Christmas) and we were blessed to even have a small Christmas party with some of our new friends. I hope everyone reading this post had happy holidays and has a wonderful New Year!

A quick side note for all you Kindle readers, my book, Emerald and the Elf King is only 99 cents today and it is free on KU! It’s the perfect time to start your New Year’s resolution to read more and support indie writers! 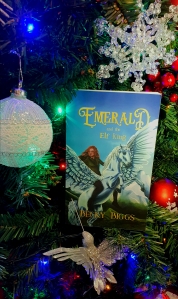