It’s quiet here this afternoon.* In a surprising twist on the day, my baby girl, who spent the morning dramatically crying every time I set her down or moved out of her eyesight, fell asleep ON HER OWN! I put her on her play mat so I could run to the bathroom. She put up a brief fuss, but was conked out by the time I returned two minutes later. Not only that, but she’s stayed asleep for almost 45 minutes!

This never happens. She sleeps on her own at night, but prefers to sleep snuggled up on mommy or daddy during the day. Either she is turning the corner on napping at the ripe old age of two months—or she’s just that tired from getting up at 6:30 this morning. Whatever the case, it’s letting me get some writing in!

We are spending the day in our bright, new apartment in Monterrey. The view from our home on the 5th floor is stunning. We stare out at the foothills of the Sierra Madres and are positioned such that we can see both sunrise and sunset! 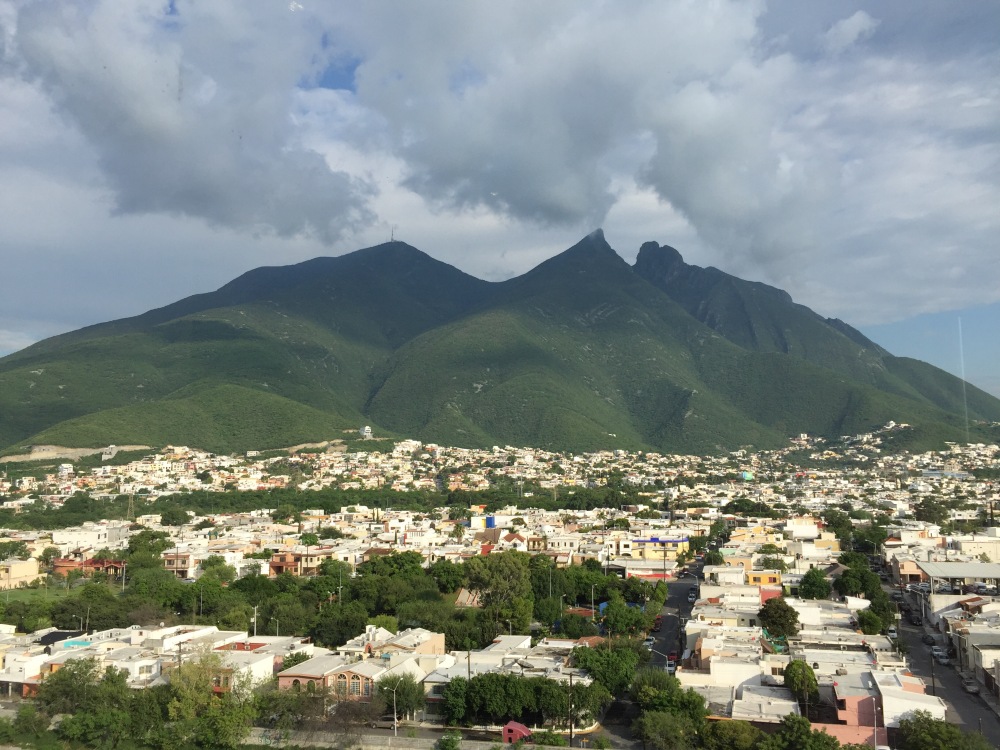 We arrived in Monterrey last Thursday after what was supposed to be a one-day trip turned into two days of travel. Our flights took us from Toulouse to Paris to Atlanta and then Monterrey. As is typical at Charles de Gaulle (at least in Matt’s and my experience), our flight leaving Paris was delayed making our short connection in Atlanta even tighter.

After clearing customs in Atlanta, we had to collect our luggage and send it back through security. It was there we noticed the car seat we gate checked was missing its booster cushion. So we stopped to put in a claim with the Delta baggage agents right away in case it was still on the plane or luggage cart. This delay, coupled with the long lines in customs and security, caused us to miss our connection to Monterrey.

Unfortunately that was the last flight out of Atlanta to Monterrey for the night. So we ended up having to stay the night in Atlanta. Thankfully the Delta agent in the Sky Lounge had us get a bag of toiletries from the showers there, because all we had was a backpack full of diapers and change of clothes for baby girl. Matt and I picked up t-shirts from one of the airport shops so we’d at least have something clean to wear the next day and, fortunately, the gift shop in the hotel sold women’s underwear.

The next morning we made our way back to the airport bright and early and picked up some Subway breakfast sandwiches. We quickly learned that you can’t take outside food into the Sky Lounge. Who knew?

Our flight out of Atlanta was delayed an hour due to a flat tire. We’d already boarded so it was interesting trying to keep baby girl happy while we sat at the gate. I was trying to time nursing her with takeoff to help with ear pressure, but that was a little difficult since we had no idea when we were taking off. Fortunately she was pretty happy just to sleep (which is what she mostly did on all three flights—she was an excellent flyer!).

We finally arrived to Monterrey close to 1:00 p.m. We made it through passport control smoothly, but when we got to baggage claim we discovered our baby crib never made it on the plane from Atlanta. That’s, you know, kind of important when you have nothing else for your baby to sleep in at your new apartment. It took us from Thursday until Sunday night to get our crib back. Fortunately our leasing office was able to borrow a crib for us in the meantime. Delta was disappointingly blasé about the whole thing.

After you collect your bags in Monterrey, you go through customs in the baggage claim area. There’s a button you have to push that determines if you need to go through further inspection. It’s completely random. If it lights up green, you are free to go (as long as you don’t raise any red flags). If it turns red, you have to open up all your bags and the police have to dig through them. After such a long trip, we were praying for green—and, when they saw we were with an infant, I’m pretty sure the police were rooting for green as well. Matt made me press the button. There was a collective intake of breath from everyone standing there waiting to see what we would get.

The light was green. We could go.

The next ordeal was trying to get all of our bags into our rental car. Even though the cars here are bigger than in Europe, it took us three tries to find one that could hold us and all of our stuff. Finally, though, we were on our way to our new home. 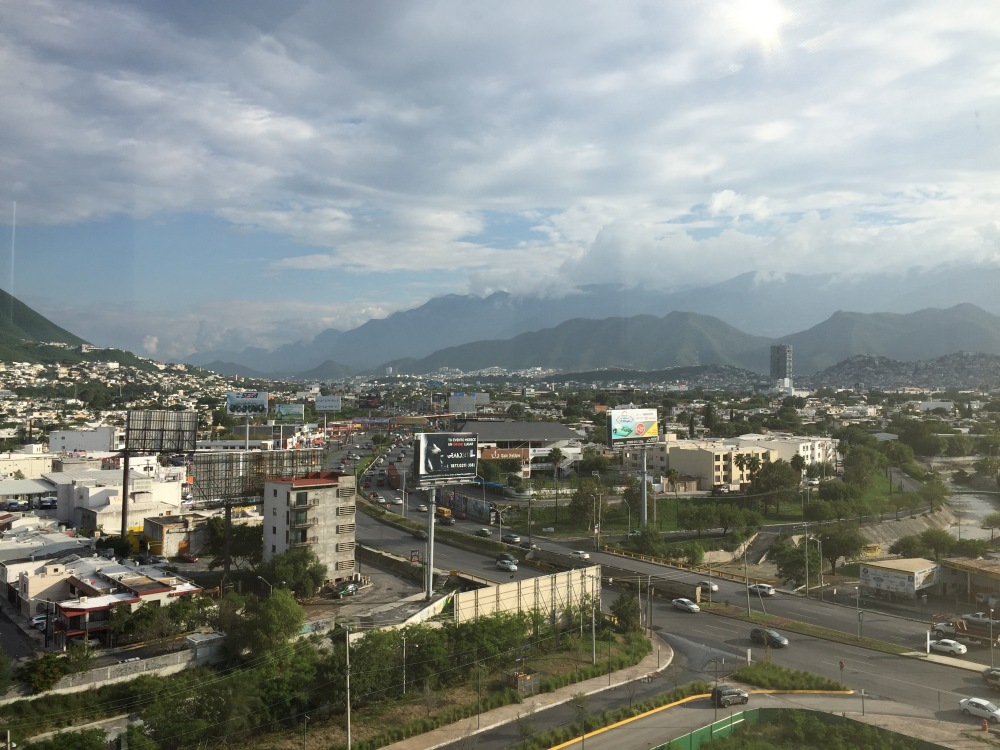 So one week later, we are pretty much settled into our new apartment. We haven’t been out much yet (other than a run to WalMart and Matt going to work), but this weekend we plan to do a little exploring. So far, though very different from France, Mexico is pretty nice. I mean, how can you go wrong when every day is #TacoTuesday? 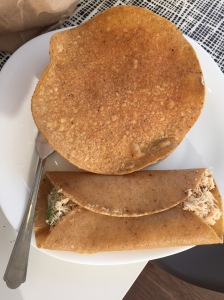 *Admittedly this post took me a couple of days to finish. Baby girl ended up sleeping for 45 minutes, so I only got about halfway through the post. At least for this week, it was a fluke that she fell asleep on her own. In fairness, though, I think we are going through a “wonder week.”