We’re getting pretty good at packing and eliminating excess. With each move it gets a little easier to leave behind what isn’t absolutely necessary and buy pretty much just what we need at our next location. We really lucked out in Florida because our corporate apartment came well-stocked with the essentials—like coffee cups and wine glasses. We even have an egg slicer, cheese shaver and several bottle openers. Strangely enough, though, we don’t have a spatula.

It feels weird to be back in the U.S. after nearly two years, but it is nice to have more freedom to get around. Because of where we lived in Monterrey and the fact that I didn’t drive in Mexico, Baby Girl and I were fairly confined to our little neighborhood when Matt was working. Here, however, Matt carpools to work so I have a car several days each week. Plus there’s a lot more for us to do in Florida—even on days we don’t have the car. Baby Girl is taking swim classes, I found a gym called Mommycise that caters to moms and babies and there’s a beach and state park within a five minute walk from our apartment. I keep joking with Matt that it feels like we are on a bit of a vacation because it’s so much easier to get around and communicate with people out and about.

That said, we’ll be excited to get back out into the international scene. Traveling—and racking up passport stamps—is pretty addicting. Still, we are taking full advantage of being back in the States for a few months.

On our first weekend in town, we took a water taxi down the Intracoastal Waterway, which operates like a hop-on, hop-off bus. It took us past the waterfront homes of the rich and famous and offered stops for various attractions along the route, including the 15th Street Fisheries and Las Olas Boulevard. We took the water taxi to Las Olas Boulevard and got off to admire the stretch of cute little restaurants and shops that is so quintessentially American. There was an art festival going on, so after stopping for some wine, beer and a light lunch, we strolled past the booths and talked about the types of pieces we’d want for our future home.

That Sunday we planned to go to the beach, but the wind was blowing so hard, we decided to just go for a walk instead. Even just walking along the sidewalk near the beach we were blasted with bits of sand and spray from the crashing waves. Baby girl was tucked safely away in her stroller, but Matt had to hold on tight because the wind kept trying to blow her ride off course. As we walked, we were amused at, but had to admire, the spring breakers who weren’t going to let large waves and chilly wind gusts kill their vibe.

This past weekend we attended the annual Fort Lauderdale St. Patrick’s Day Festival and Parade. The main festivities were at Huizenga Plaza, which sits on the waterfront downtown. Booths hawking Irish-themed food, clothing and, of course, drinks decked the perimeter of the park and a large stage in the center was the focal point of the entertainment. We got there shortly before the parade started, so we grabbed a quick lunch of Irish bangers, cupcakes and beer. 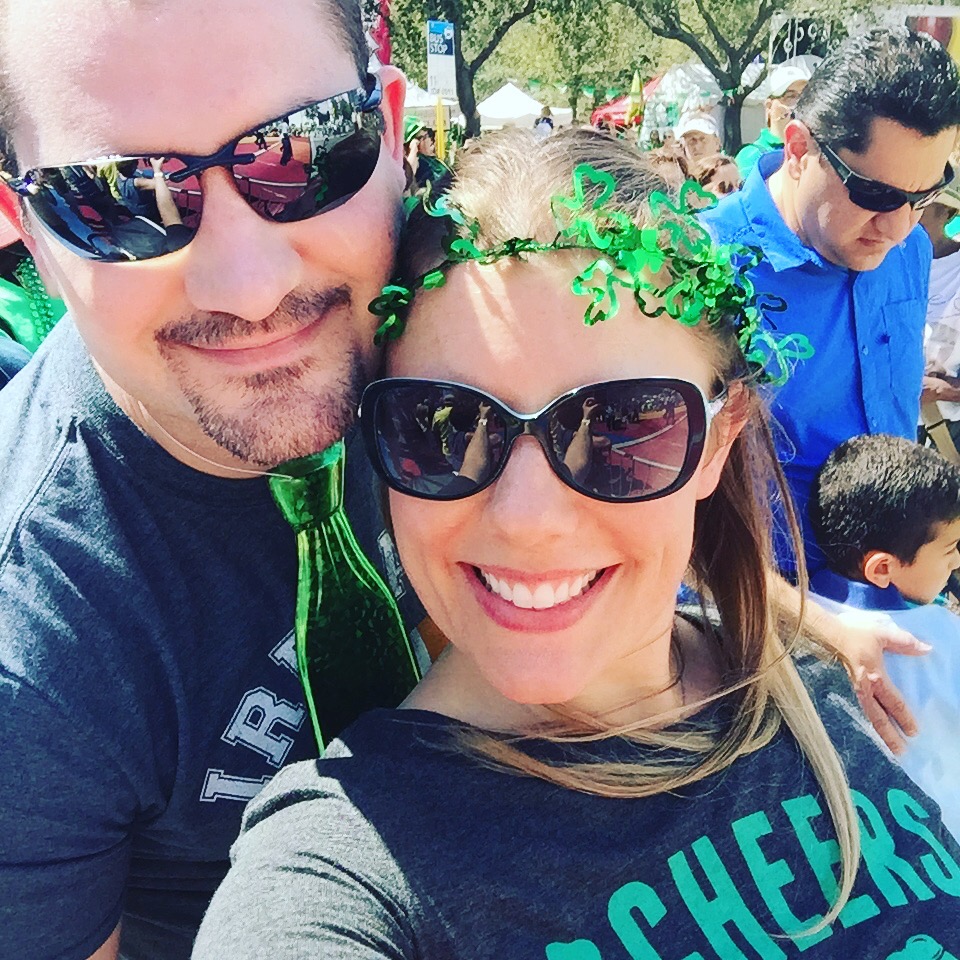 The parade started at noon and lasted well over an hour. We watched for a while and Baby Girl humored us because she had cold peaches to enjoy, but eventually we all had enough of the sun and went in search of shade and refreshment. We ended up strolling down along the riverfront and admiring all of the boats sailing up and down it. 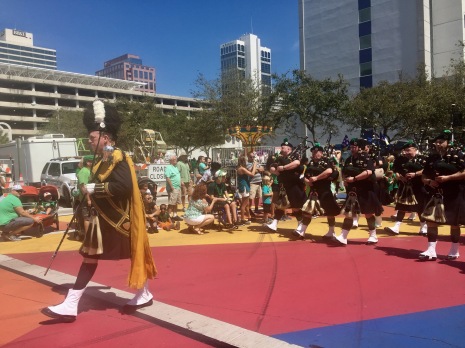 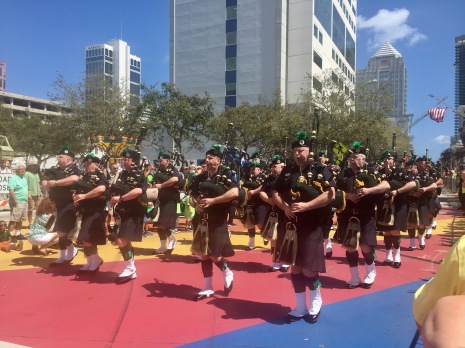 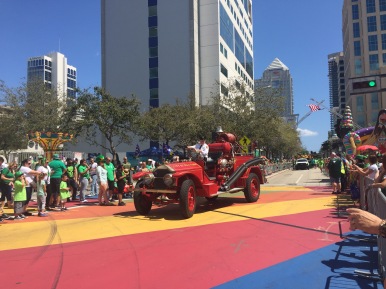 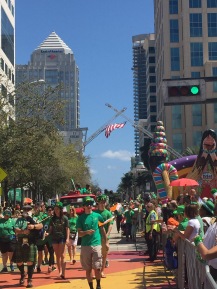 Sunday we finally made it out to the beach. The weather threatened rain, but it thankfully held off. We were able to try out our new beach tent and relax to the sound of the crashing waves.

Living in Florida, it almost feels like we picked right back up where we left off in Atlanta—except this time we have a baby. As was typical of our former stateside life, our weekend are quickly booking up. Starting in May, pretty much every weekend is booked up until August when we’ll be getting ready for our next adventure. I’ll give you two hints where we are headed: we are studying Mandarin and practicing with chopsticks whenever we get a chance.

Stay tuned for more Florida adventures. If you have any tips for fun, family-friendly things to do here, please leave them in the comments!